While many of us see Saturday nights as the ideal time to sit back and relax, see friends or grab a takeaway, a team of volunteers from North Bristol offer a vital lifeline to those in need.

Street Life helps the homeless in the centre of Bristol by serving hot meals, drinks and necessities. The Interchange spoke to Esther Green, from Aztec Hotel and Spa, as members of staff joined the Street Life team to offer a helping hand… 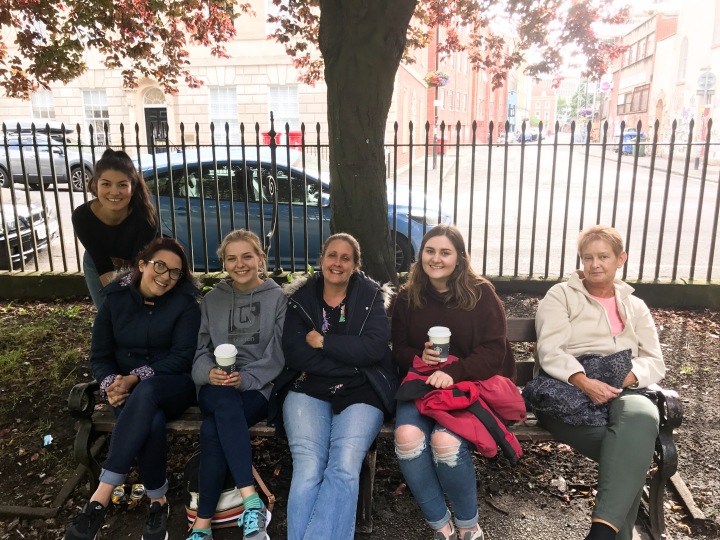 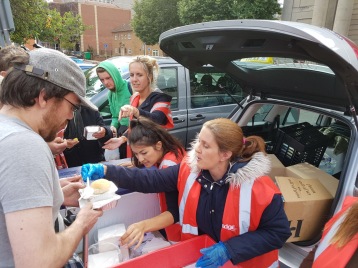 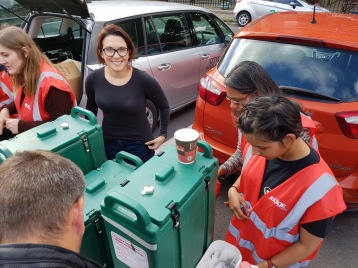 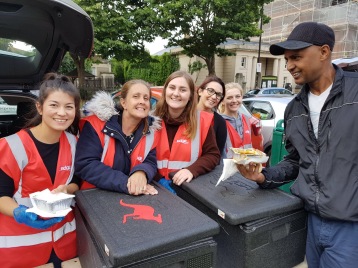 The Aztec Hotel and Spa has a long history of dedicating time and resources to charity, usually nominating a chosen organisation as it’s charity of the year. In 2017, the staff decided they wanted to do something a little more personal, so on a monthly basis a different department chooses which charity it would like to support.

In July Esther, who manages the social media, opted to help Street Life, which sends a team to serve food and offer a listening ear to people sleeping rough in Bristol.

“We got involved by contacting our suppliers and asking for donations that we could serve to the homeless. We had a fantastic response and were given chicken, fish, fruit and baked goods. The generosity of our suppliers enabled us to serve up 180 portions of hot food, as well as 100 portions of lemon tart,” explained Esther.

The project has been running for around 15 years and is a partnership between four North Bristol churches.

“It was a very eye-opening and humbling experience, as we were able to go home at the end of the evening and many of these people face another night on the streets.

“The volunteers aren’t part of a registered charity or organisation, so they get no funding for their efforts. It’s something that happens every single Saturday evening, and many of the regulars rely on the Street Life team for food and a friendly face once a week. What they do is just incredible,” Esther continued.

Through the winter months Street Life members go on a street walk and drop off food and necessities to those in need, as well as visiting local hostels.

Each week the Street Life team helps around 150 – 190 people. Esther said the hotel staff are keen to get involved again: “We’d love to make time to do it again and perhaps get some of the other departments involved.”
If you can offer help to the Street Life team, either on the street or behind the scenes with food preparation, please speak to Jamie and Debbie Finlay jamie.finlay@bridgechurchbristol.org